Driving into the quaint Upper Peninsula town of Nahma, it is impossible not to notice the imposing 125-foot-tall structure looming on the shore of Lake Michigan. ‘The Burner,’ as it is referred to locally, is an iconic and historical landmark, a reminder of an era gone-by from the town’s bustling lumber-industry heyday.

In 1881, the Bay de Noquet Company built a mill in Nahma to process lumber from trees that had been harvested from the 220,000 acres of timberland that it owned in Alger and Delta counties. Logs for the mill were floated down the Sturgeon River, and the mill operated each year from spring until the freezing of the river forced a shutdown in early winter. The lumber was then shipped on barges, mainly to New York and Chicago, for use in the demanding construction industry.

Bay de Noquet Lumber, like every mill at the time, struggled with how to handle the unwanted wood product generated by the sawmill, and disposal of it created an ongoing problem. Burners were eventually developed to provide a contained method to dispose of the bark, sawdust and shavings. In 1899, the company built a towering burner complete with conveyors that took the unwanted byproduct directly from the sawmill and transported it into the burner.

Along with a sawmill and burner, a company town emerged, and Nahma soon had a school, general store, hotel, hospital, clubhouse and a company payroll building. At its peak, the mill and logging operations employed 1,200 people; and for more than 70 years the company town flourished. However, in 1951, with timber supplies dwindling, the last board was cut, and the lumber company sold all its holdings, including the town, to the American Playground Company. The company used the facilities to produce the wooden components for playground equipment. In 1989, due to rising costs in shipping the finished products and the fact there were only six employees left, most at retirement age, American decided to relocate Nahma operations to Indiana. The mill was now quiet, and the townsfolk were concerned about their futures. With everything else becoming a memory, the burner continued to stand proudly at the water’s edge.

Today the burner is both an icon and a representation of the timber industry of the 1900s. According to Nahma Recreation Coordinator Glenn Lamberg, “It really is a link to the past for current residents and living descendants. The burner is a reminder of their ancestors, the true pioneers of logging in the U.P.” Listed on the National Register of Historic Places in 2011, the burner is the last known one of its kind in the United States.

But the burner has begun to deteriorate, and the structure is now at a slight tilt. Remediation to prevent the structure from falling into the lake will be necessary. Formal efforts to save the burner began in December 2013 when a grassroots group, in conjunction with the Nahma Township Historical Society, formed a committee. The group recently received the results of an engineering study that indicated it would cost around $370,000 to repair the structure. The group is actively seeking public and private funding. “There is grant money out there to fund historic preservation,” Lamberg explains. “What we need is for someone in our community with grant writing expertise to step forward and help us out.”

If properly preserved, ‘The Burner’ will continue to stand as a beacon for future generations to appreciate and understand the significance of the lumber era to the history of the Upper Peninsula. Donations and community involvement are still needed to bring this important project to fruition.

For more information on the project and to find how you can help, visit their Facebook page at facebook.com/savethenahmaburner/. 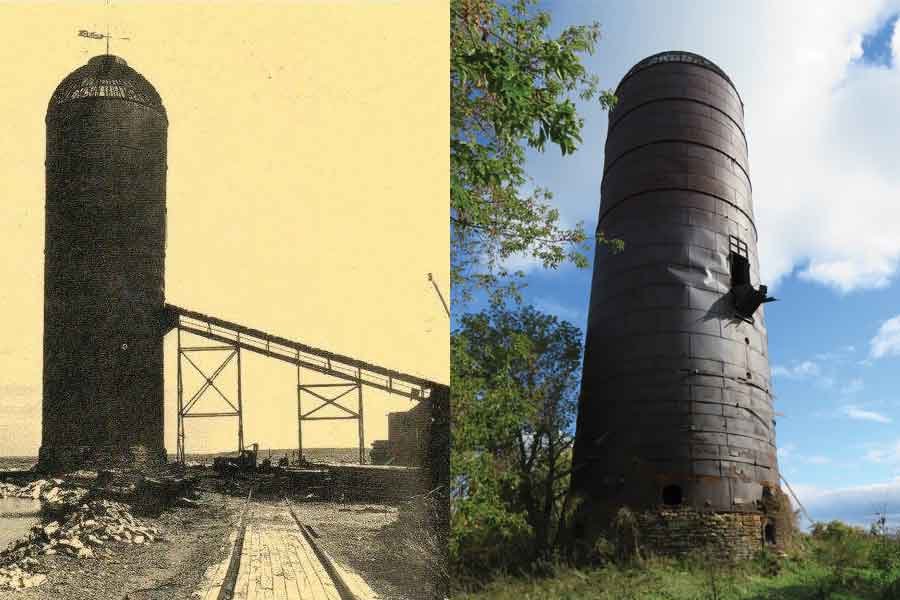